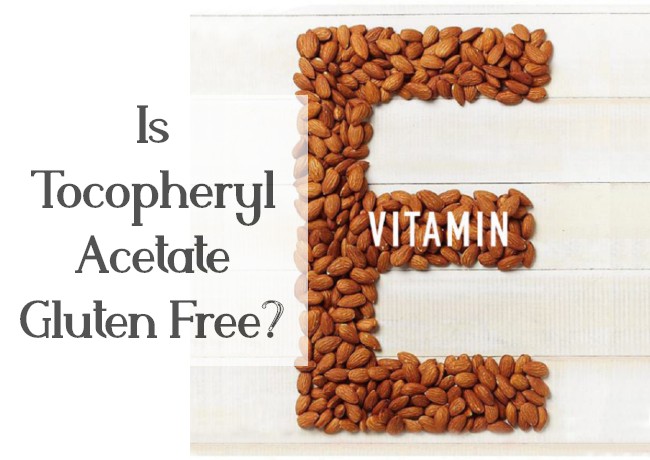 Can you please help me to understand if Tocopheryl Acetate and Tocopherol are forms of gluten that should not be applied topically? The internet has conflicting stories.

That’s a very good question. The reason that there are conflicting stories about tocopheryl acetate’s safety is because nobody really knows the answer to it. Thanks to a lack of scientific study, we’re left to speculate on what little data we have. That said, there are some pointers to help us come to a conclusion.

But here’s where it starts to get messy and where nobody agrees:

1. Is there any gluten actually left in the tocopheryl acetate after all that processing?

Yes, there is gluten left.

While the rulings technically only apply to food products, this standard is being adopted across the board. Therefore you can find “gluten free meaning <20 ppm” tocopherol in all kinds of makeup.

About that <20 ppm… The FDA says this should be perfectly safe, but they said that after admitting that some sensitive Celiacs may be able to react to gluten all the way down to 10 ppm. Weird, right? Except when you start to realize that wheat based ingredients are some of the cheapest ones out there… Things start to fall into place. Once again, it looks like the FDA isn’t purely interested in keeping every Celiac safe. This ruling is for the benefit of the companies who want to jump on the bandwagon as cheaply as possible.

It might be OK for you to use <20 ppm gluten products, especially on your skin where you’re not ingesting it. But I’ve heard from countless people that it’s not just good enough for them. They still get sick from it.

The fact is, there are nearly no scientific studies about the effects of topical gluten on Celiacs or gluten sensitive individuals.

Everything you hear is personal experience and speculation that goes around. It’s educated speculation, but speculation nonetheless. They say it’s fine to use, because gluten cannot penetrate the skin’s barrier. But they also say Celiacs do not react to topical gluten at all. So how do they justify those who do react topically to gluten? Because some people do, without question. I have personally spoken to countless people who finally narrowed down their issues to topical gluten in their makeup, skin care or hair care. Without definitive evidence giving us the why or the how, we cannot make a set standard that will work for everyone.

At the end of the day, the only thing we can know for sure is how you and you alone react to all these products. Some people can handle the <20 ppm, even internally. Others cannot handle that topically and would be put in bed for days if that were taken internally. If you don’t already know for sure what your tolerance level is, why risk getting sick if you can avoid it?

So… Is any tocopherol safe?

Not all tocopherol and tocopheryl acetate is derived from gluten grains. It can be derived from rice and soy as well. So yes, some of it is safe! Same end product, but different source. And that’s the tocopherol that I personally feel comfortable recommending to y’all.