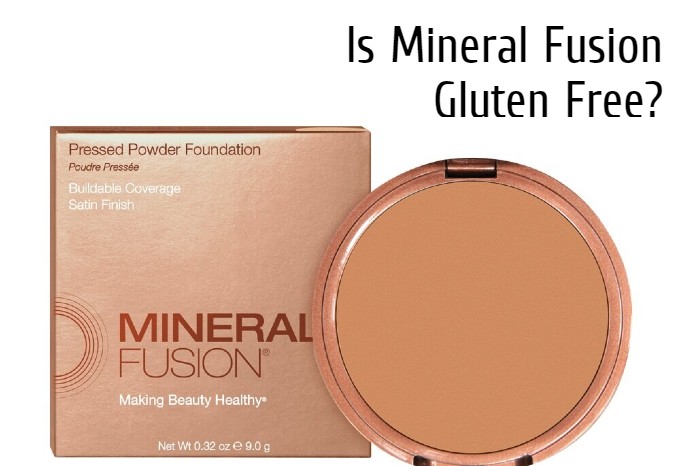 Mineral Fusion was the first makeup+skincare+haircare line that is tested gluten free that I ever ran across.  My eye was caught by their blue and brown packaging, but it was finding out that they test for gluten that sent me scrambling for the cash register with products in hand.  And I loved them.

Some of you may remember how many times I recommended them to people searching for gluten free skin and hair care.  In fact, I was preparing a glowing review of them for this blog when we purchased another Mineral Fusion product and found that it contained “isolated barley protein”.  I stopped in my tracks and immediately contacted the company via email.

It is, basically, a part of the barley that is not the protein that Celiac’s react to.  They extract the gluten protein (“hordien”) from the barley and use just the harmless portions. In theory, this practice allows companies to use “gluten free barley” to make the beer taste closer to the fully glutened stuff.

But can you really take all the gluten out of a grain that naturally contains it?  And most important of all, how do we know it’s all gone?

In short, it’s a difficult process.

A study was recently done with gluten free beer, testing the levels of hordien in regular beers and gluten free ones made with “glutenless barley”.

The gluten level in beer may be measured using elisa, however, there are many limitations associated with accurate measurement of hordeins using current elisa technology. In this study, we have implemented a mass spectrometric assay to first characterize the complete suite of hordeins in purified hordein preparations, wort and beer and second to perform relative quantification of the most abundant hordein proteins. We have developed a robust and sensitive quantification methodology for the measurement of hordein (gluten) in beer.

Significantly both barley based low-gluten beers tested, in which the hordein concentration is reduced by proprietary processing steps during brewing to reduce the concentration in the final beer product, had substantial levels of one or more hordein proteins.
journel of proteome research – source

If you look at the results, “substantial levels” means nearly as much gluten as the regular gluten filled beers.  And the original beer testers, using the standard and most accurate ELISA, did not catch it.

In other words:  Currently, there is no available, trustworthy way to test for hordien content.

Mineral Fusion got back to me and confirmed that not only do they test for gluten themselves, their supplier also tests and has always received a <5ppm (which the lowest we are currently able to test for regular wheat gluten).  I do appreciate how much trouble they went to in order to answer my question!

Because of the studies that have been done and the great doubt that Mineral Fusion and their supplier have the means to accurately test for hordien, I have chosen to discontinue use of Mineral Fusion.

I urge you to also consider this before you purchase any of mineral fusion’s products.  They are excellent, but it’s up to you to judge whether or not it is worth the risk of contaminating your face with sneaky barley gluten.